This question made me chuckle. It’s not just about derrieres, Shirley… most of the things that these celebrities get praised for would be made fun of if any regular people did it.

For instance… Taylor Swift’s messy hair side bun is considered to be super cute by a whole lot of people. 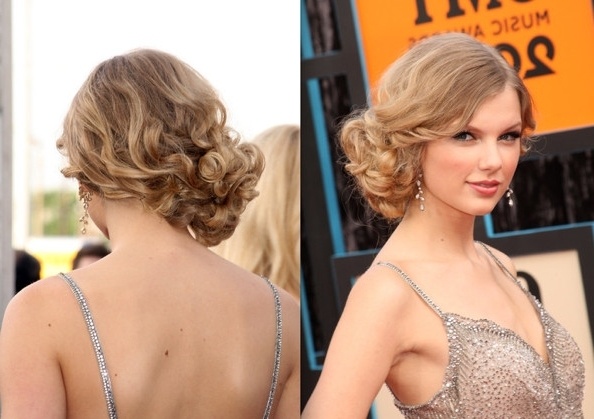 But if I sported this hairdo and turned up at work, I’d get asked if forgot to do my hair after preparing breakfast in the kitchen 😦

Some models are called gorgeous though they have what looks like a freeway between their front teeth and even get a name for the ‘look’… ‘London Look’. If I had this, my folks would have marched me to the dentist’s place and gotten me braces to ‘correct’ it.

Take an example of your choice. Any one. The examples are endless. Sinead O’Connor’s bald look. Amy Winehouse’s iconic eye-makeup. Nicki Minaj’s platinum blond hair. Whatever a celebrity does or wears or calls it a part of their personality becomes instantly celebrated. If any of us do the same thing, either we’re copying them (and sadly failing at it) or we have no sense of fashion… or common sense.

Celebrity worship is a thing that’s been around for a long time now. It is what makes them ‘celebrities’… they just get celebrated for just existing. Everything about them becomes something to be celebrated. It’s lame… but it’s true. Before these ‘certain celebrities’ got celebrated for their large fat behinds, didn’t women with large fat behinds exist? Or didn’t these celebrities themselves exist? It’s not like they dropped down from the skies. They’d been around for a while. Something they did made them famous. And then they decided to fan the flames of that fame so that they remain in relevance as they had gotten so used to the attention that going out of importance seems almost intolerable to them. Then comes in nude pic shoots, deliberate scandals, more pic shoots, lots of silicone implants and ‘corrective’ surgeries and whatnot. They would do anything to remain in relevance. And people… well, people simply play along.

Long story short… if a celebrity has a big derriere, it’s super cute and sexy and attractive and everything under the sun… even if it is a fake one filled with silicone. If we have one… “Girl! You look like a cow from the back! Do something about that rump! It looks enormous!”